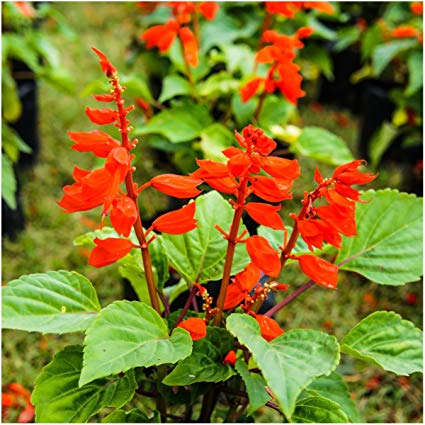 Red sage, aka Danshen, aka Salvia miltiorrhiza root is a natural source of tanshinones including cryptotanshinone, and salvionolic acids.

This may one day be the standard of treatment for Alzheimer's, cancer, angina, glaucoma, alcohol and benzo addictions,among other things. Check what Selfhacked has to say: https://selfhacked.com/blog/salvia-miltiorrhiza-red-sage/

Although there is no strong evidence yet for use in humans for cancer, usually the way research works is, if a treatment works in a petri dish (and this is the best thing for all cancers in a petri dish according to a cancer researcher I spoke with), then they try it on mice. Then if it works on mice (this does work on mice), they try it on humans. But it takes a lot of money to do human trials, and there's no money to be made on unpatentable natural remedies, which means nobody will fund these studies.

Chemo doesn't work even in a petri dish. Yet we use it on humans. Ridiculous.

I'd rather use a natural safe remedy that at least works very well in a petri dish and on mice, with well-studied mechanisms of action, and my cancer researcher friend agrees with that logic.

Salvia miltiorrhiza (Red sage aka Danshen) root is a great safe source of cryptotanshinone, which is so safe and efficacious for angina, for example, that it may be the first Chinese traditional medicine to be FDA approved soon. It also cures a lot of other diseases. When given to mice, even at 400x larger doses than needed, it caused no problems. Compare that therapeutic index to chemo.

Suggested dose is 1-2g twice daily, ﻿but listen to your body. If you get side effects like dizziness or nausea, take less. If no improvement, take more.

Remember: Always consult your healthcare practitioner before consuming any supplements--even if they have no idea what you are talking about!